The Integrated Review: Implementing the IR through closer integration of Government, business, and industry

PA's defence and security expert, Cate Pye, is interviewed on Sky News' Ian King Live, ahead of the publication of the Integrated Review of Defence, Security, International Development and Foreign Policy today. Cate explains why the IR is a once in a lifetime opportunity for the UK Government to set out its vision and resilience for Britain’s place in the world, post-Brexit and COVID-19. 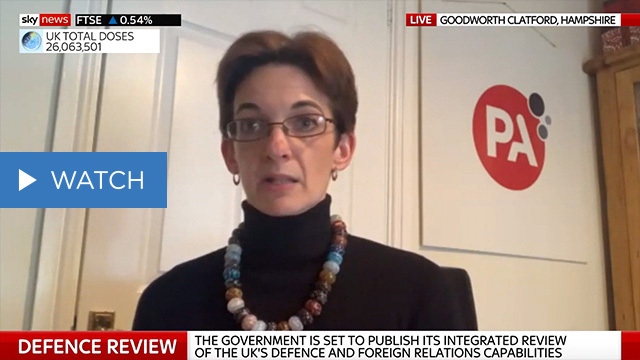 Commenting on what can be expected from the Review, Cate says:

“This is an integrated review and it’s got resilience in it in a much greater way than any previous reviews, so what are we looking out for? We’re looking out for join up between departments, we’re looking for clarity on the role of industry, as well as government, in responding to some of these threats.

“And to frame that, this is not a defence issue. If there’s going to be an attack on the UK, it’s going to be something that disrupts our natural way of life. So, it will be the banking system, it will be the internet and our communication system, or our power system. And that’s an attack on business, as much as it’s an attack on government, and that’s why it’s so key to have business and industry working together. So, it’s that join up, that resilience, that integration, that we’re looking for in this.”

Ian asks whether it is fair to say that in the past, defence has tended to be put in a silo, away from other broader security issues. Cate responds:

“I think it’s fair to say that previous defence reviews - so called SDSRs - have certainly looked at defence separately from what we’re trying to do for security and general running of the nation. And that means that this is a really good opportunity to look at what  we need to do for the skills we build up across the economy as a whole; how do we bring industry in, in the right way? How do we get that link and trust between government and business, and the individual?”

On whether the UK’s defence contracting industry is equipped to meet some of these new demands in things like cyber security, resilience and AI, Cate says:

“It’s getting there. The National Cyber Security Centre and what we’ve done, not just in the UK and our political national infrastructure, but also overseas, to help raise that baseline more generally, is genuinely world leading. Are all our companies where they need to be? With about 72% in a recent poll saying that they haven’t got all of the skills they want to have in cyber security, AI and the new technologies, we have got some way to go.”

Raising the question of increased prominence in space, Ian says the UK has a very buoyant space industry but asks how much of it is geared towards situations like defence. Cate responds:

“I think our space industry is healthy and growing. It’s one of the things that, if you look at innovation and the way that we’ve enabled small organisations to grow up, is quite strong. Some of that is geared towards defence, but if you look at the capabilities in technology more broadly, and that goes for space or cyber, or the likes of AI, we’ve got much more focus now on what that technology does for the general populous and business more broadly than we do on defence. This is because our defence sector is smaller, comparatively, than it was several decades ago, in spending terms.

“So, the balance is much better now between what we would naturally see in those technology sectors, and them having a dependence on defence. Defence is key for some of the really cutting-edge technologies, but it’s not there alone. There’s a much better and healthier ecosystem related to that now.”

Resilience: What can be learnt from the national response in Ukraine?

The public sector must improve its approach to cyber security