How RegTech Is Transforming Compliance

Alex McGill, a financial services expert at PA Consulting, talks to Disruption magazine about the positive impact of RegTech on compliance.

The article provides an overview of regulatory compliance as an important area where companies cannot afford to take risks.

Alex explains that businesses usually achieve compliance through expensive, people-intensive processes. He says: "Historically, you’d have big teams within an organisation looking at compliance, reporting on it and checking that everything is working as it should. But what that drives is a lot of cost within the organisation. Given where banks are at the moment there’s a lot of pressure across the industry to try and strip cost out of non-revenue generating areas. Compliance is firmly in focus of this because it is a cost centre rather than a revenue generating function."

He goes to say: "RegTech is all about how you can use technology to achieve compliance more simply. What we are trying to do with RegTech is simplify processes and automate things with technology. In doing so we can make the compliance systems more effective and efficient to run."

He adds: "Another good example is the reporting of regulatory data. As part of compliance firms often have to report large data sets to the regulators to prove to them that they are operating in the right way. That is quite a challenge for them given that the data is often held on many different systems, it’s not accessible, and it’s quite difficult for them to extract it and send it across.

"There’s lots of technology out there now helping to address that problem. It’s helping compliance teams to extract data, pull it all together, produce it in the right format and send it over to regulators. Once you have all of that information, you can generate really powerful insights and drive different business behaviours."

Alex talks about the current implementation of RegTech: "I would say there’s a lot of interest in RegTech as a concept, but at the moment there’s a lot more talk than action. What we’re seeing is a natural scepticism for some of these new technologies and also the fact that some organisations are not quite in a position to leverage them. For example, the technology solutions being pitched are too mature for some organisations, because they don’t really have the fundamental building blocks in place." 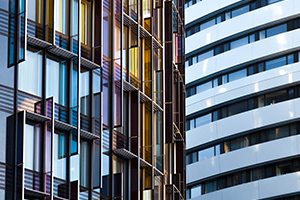 Want to find out more about our work in financial services?

Alex mentions that there are automated tools which can extract, aggregate and send compliance data to the regulator. Nevertheless, many organisations wouldn’t be aware where their data is held, what format it’s in, or what might be missing. In these instances, the technology might be too advanced for the organisation, which first needs to implement better data governance. He says: "What we’re seeing is an ambition to adopt and to scale RegTech, but further work needs to be done for it to be most effective."

The articles discusses investment opportunities and competition in RegTech. Alex explains: "We’re increasingly seeing a lot of investment going in to RegTech, particularly in the UK,” he says. “The regulator here – the Financial Conduct Authority – has done a brilliant job of creating an environment where innovation and disruption is encouraged. That’s meant that the UK is very well positioned to drive growth in these new RegTech organisations, because there is a regulatory appetite for it."

He adds: "East Asian regulators such as the Monetary Authorities of Singapore and Hong Kong have also been very pro innovation. They’ve looked closely at what the FCA is doing, to drive innovation there. However, in the US they are a bit more hesitant. This is mainly driven by the fact that they don’t have a competition mandate, so they are a bit happier with the status quo, and again a bit more sceptical of innovative new products that present themselves to be silver bullets."

Alex expects to see some RegTech businesses rise above the others in the near future. He says: "There’s some themes emerging around the key use cases these companies are trying to address. We anticipate some winners starting to emerge for those key use cases. For example, once you’ve developed a great transaction monitoring tool for financial crime, and you prove that concept and sell it to a financial organisation, that next sale is easier. You start to build a critical mass where you’ve got more and more clients coming on board and it becomes industry standard.

"The winners will be the companies with the best technology offering but also those who are quick to market. They need to get their feet in the door and prove that their system works within some of these large scale organisations”, he concludes.

PA Consulting’s Jonathan Gillham comments on the Autumn Statement.
In the media

Ahead of the Autumn Statement 2022, PA Consulting (PA), wants the UK Government to focus on climate action to help grow the UK economy and tackle economic instability.
In the media

Letter to Editor: Keeping the branches up

PA Consulting’s Jason Hill, head of banking, offers his views on bank closure challenges in a letter to editor.