Woman in Tech of the Month: Kelly Olsen’s journey to CIO 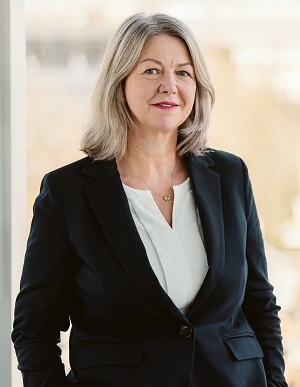 Woman in Tech of the Month is our series exploring the achievements of women who are breaking gender stereotypes to build technology-based careers. This month, we’re celebrating Kelly Olsen, CIO here at PA. In our interview, she reflects on her career in tech, shares tips on how to build diverse teams and gives advice for women as they progress through their own careers.

Tell me about your journey into technology

I’m of an age where there were no computers at school. I left just after I was 16 and didn’t complete my A-Levels. I spent the next few years at companies working with computers one way or another, whether that be stock control systems in distribution or at a bank, while also raising two small children who I had by the time I was 23. I worked out I had quite a talent for technology and computers.

Then I got the opportunity to go to Newcastle University as a mature student. I phoned up six weeks before the computer science course started and asked them if they would take me. They said yes! That was a massive turning point for me personally, especially from a confidence point of view.

I really didn’t look back from then on. Starting in application support, I worked across all parts of tech. But one thing happened quite quickly, I noticed I was always involved in change. I was either parachuted in because something was difficult or because there really needed to be a big transformation. Now, I’ve pretty much worked in every industry, so my technical skills coupled with business and industry knowledge have massively helped me.

How did you find the landscape when you started in technology?

In the earlier stages of my career, I had only really worked with men, which I found tough. The way people behave has changed enormously but bias and dismissing views have certainly affected me. I used to find it difficult to be assertive in the workplace in a way that was useful and worked well.

In contrast, I have had some great bosses and leaders who have been incredibly supportive of the work I’ve done and stood alongside me, behind me and helped to give advice and to get things through. I have always been the optimist – keep pushing for what you think is the right thing to do and you will get there.

As you’ve progressed your career, what’s been important to your success?

The main thing is knowing you don’t have all the answers, so I work really hard to build as diverse a team as possible. Getting people from different ethnicities, nationalities, genders, celebrating neurodiversity – I make sure every team I put together is diverse. One practical way to do this is being very particular when recruiting. As I got more senior, I worked directly with head-hunters and would be very specific about what list I wanted to see.

How do you create a culture of diversity within your teams?

Although this is partly a generalisation, there are a lot of introverts in technology. I think it’s important that we all understand each other and our differences. One very simple example is when you’re in a meeting, provide your team some time to think because they might not want to blurt out an answer, despite being the specialist in the room. In the book ‘Thinking, fast and slow’, Daniel Kahneman found that people who think fast tend to rely on past experiences, whereas people that think slow may actually come up with a better solution. Enabling different ways of thinking will help your team to innovate and address the complex challenges we face today.

I also love to see people going forward in their career, not just in terms of promotion but learning the things they want to learn. I’m known for giving people time and space to make their own decisions with a lot of autonomy because I think it’s important to give people the opportunity to run their own bit.

What’s your biggest achievement so far?

One thing I always go back to is an explosion called the Buncefield Disaster 2005, where an aeroplane fuel tank went up in flames on an industrial estate. It was the biggest explosion since wartime Europe. At the time, my company was next door, and I was responsible for running all the live services from this building.

We happened to issue the business continuity plan on the Friday night and the disaster happened on the Sunday. But until you’re in a situation, you don’t fully understand the intricacies of delivering on the plan. It took people working 18-hour days and really stepping up to the plate to fix it and I was amazed at how fantastic people can be in crisis situations.

One moment particularly stands out where I was stood at my desk and I had somebody on a landline, somebody on my mobile and a queue of people wanting to talk to me down the corridor. I had a moment of being completely overwhelmed, knowing I was responsible for each person’s well-being and still providing a managed services to clients. Putting all of that back together is probably one of the most challenging and rewarding things I’ve done in my life.

What about PA made you take the next step in your career?

One of the things you’re allowed to do further on in your career is choose who you want to work with, which is different from when you first start out. The people I met made it feel like a family, coupled with the purpose and ambition to transform and be ingenious, that was incredibly attractive. If it were just run of the mill, I probably wouldn’t be here because my biggest skill lies in driving change and transformation.

What’s your advice for other women starting or progressing their career in tech?

Be brave! It’s in our nature to always think we can’t do quite as much as we can. I entered university when I had barely done GCSE maths and was thrown into doing calculus when I got there. You need to get your head down, get it done and really believe in yourself.

A better way is needed to understand and improve the link between people’s behaviours and improved safety performance of organisations.
Insight

Fair play: the importance of inclusion and diversity for the new English football regulator

Discrimination and prejudice are still present in football. So, a new regulator could help addressing systematic issues, learn from other regulators and other industries – which can help focus on a fair and respectful future for the game.
Insight

Freshwater scarcity is one of the greatest challenges of our time. Learn the ways Agritech can help by futureproofing the agricultural supply chain.
Insight

How to make change a reality in UK universities

Investigating how to provide opportunities for leaders in higher education institutions to overcome challenges to successfully deliver change. Our results show leaders need to nurture a dynamic and positive approach to change management.