Getting the future under control: the power of 2x2 scenarios

I recently read the short but thought-provoking book ‘Four Futures’ by Peter Frase, in which the author presents descriptions of potential post-capitalist worlds. Using the 2x2 technique he suggests four distinct scenarios – defined by responses to the challenges of increasing automation and climate change-induced resource scarcity.

The scenarios are high-level and concerned with global macro-forces and megatrends. But you can still see how each scenario would pose challenges and opportunities for individual organisations – as well as highlighting risks, and potential innovations.

Frase’s starting point is that the current order that’s dominated over many decades is looking increasingly unfit for purpose. Growing inequality, rapid resource degradation, loss of faith in established societal structures, and growing rumbles of authoritarianism and other extreme beliefs provide plenty of evidence to support this position.

So these are the four distinctive scenarios:

Even from these brief descriptions, you can see there are trends and signals today that could lead us towards any of the four scenarios. This is a key feature of this approach, which emphasises dominant themes rather than offering detailed predictions or roadmaps.

Creating the future we want

The idea is that four scenario narratives emphasise the key uncertainties that drive change. They simplify uncertainty to make it easy to talk about, letting us structure our thinking and giving us some guidance on what we can and should do. It’s only by thinking about it in this way that we can begin to plan effectively for creating the future that we want.

Over the few decades, we’ve adapted and refined our own version of 2x2 scenarios – FutureWorlds™. It lets us work with organisations to create scenarios that are much more personalised and actionable than the high-level narratives offered in ‘Four Futures’. It’s a collaborative process that makes it possible to explore uncertainty and challenge assumptions, generating a shared understanding of how a company, market, or business environment may change. And it gives us an opportunity to help organisations set themselves up to contribute to a positive human future.

As far as I’m aware, Frase doesn’t identify as a professional futurist. And there are some elements of his analysis a foresight professional might criticise, not least the lack of a time horizon over which the scenarios described might play out. Nonetheless, the book is provocative and reinforces the value a basic foresight technique, like the 2x2 scenario matrix, can deliver in helping organisations anticipate and prepare for the future. 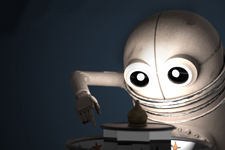 How you can plan for an uncertain future. A Guide to AI & Automation

The message from COP-27 marked a shift from mitigation and prevention of climate impact – to dealing with the consequences of emissions down the line. So where does this leave energy transition and how should businesses respond?
Insight

Future-proofing your talent strategy for 2023

The challenges of identifying, attracting, and retaining top talent have become more complex and are here to stay. Taking practical steps that are in tune with your current and future workforce will help you lead the way with a talent strategy that moves with the times.